One of the first steps in planning an archaeological investigation like the one occurring at 810 Royal Street is to survey previous work done in the vicinity. While every urban lot has a unique developmental history, other well‐documented excavations can help identify important research questions.

The 810 Royal lot falls roughly halfway between the locations of two other significant archaeological excavations in the Quarter. On the Dumaine Street side of the same block, Madame John’s Legacy (16OR51) has been the site of three different sets of excavations since the 1970s, including ones in the Summer of 2013 conducted by Dr. Gray. And just a short distance away, to the rear of St. Louis Cathedral, Dr. Shannon Dawdy of the University of Chicago led excavations at St. Anthony’s Garden (16OR443).

One of the surprising aspects of both of these projects was the extent of the eighteenth century deposits, especially those pertaining to the 1788 fire that devastated much of New Orleans. This fire, sometimes referred to as the Good Friday fire, destroyed a large portion of the city’s housing stock, and a second major fire a few years later, in 1794, resulted in additional losses of the city’s French period architecture. With the exception of the Ursuline Convent, there are few (if any) of the city’s pre 1788 buildings intact in the Quarter.

While these disasters transformed the city, they had the unanticipated consequence of preserving the archaeological record of the pre‐1788 period very well. It appears that, in many of the areas impacted by the fires, a layer of debris was simply spread around in place prior to new development taking place. Thus, in this part of the city, at both Madame John’s and at St. Anthony’s Garden, levels associated with the French‐era are reasonably intact. At both of these sites, these have included substantial quantities of Native American pottery, relics of trade between Colonial‐era settlers and the area’s indigenous populations. In addition, at both of the sites, remains of small palmetto huts have been identified. These small, simple structures of planks and posts plunged directly into the ground do not match up exactly with the modern street grid, indicating that they may have been constructed in the first years of the city’s history. Such findings, to either side of the 810 Royal lot, suggest that this early period should be one focal point of our investigations. 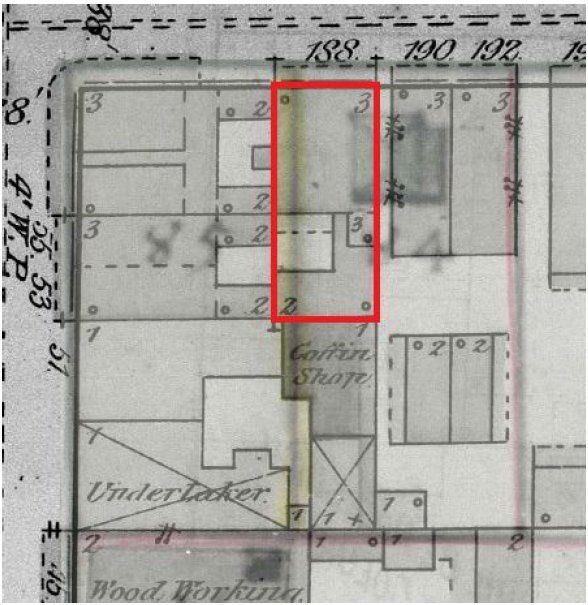 Map Overlay of the Site

This is an overlay of two historic maps with the modern lot boundary of the 808‐810 Royal lot marked in red. Such overlays help archaeologists determine the associations of features and other deposits found under the ground.

This image includes the 1876 Sanborn map (with the pre‐1894 address of 188 Royal for the property) and the ca. 1731 Gonichon map of New Orleans, which depicts a Colonial‐era structure extending into the neighboring 190‐192 Royal lot. 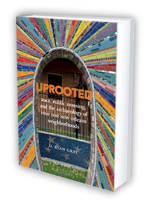